Cupping has gained the attention of many curious spectators during the Rio 2016 Olympics. Large red circles (or cupping marks) were seen on some of the athletes, and mainstream media couldn’t help but notice how they came to be. It turns out that cupping therapy has grown in recent years because of athletes incorporating it into their lifestyle. This trend led to cupping sets selling like hotcakes online.

Cupping is an ancient healing technique that uses cups to improve blood flow or the flow of vital energy throughout the body. The technique involves using cupping sets made of plastic, glass, silicone, bamboo, clay, bronze or animal horn on a certain part of the body. These cups are then heated or sucked using a pump to create suction. As a result, the skin is drawn to the shape of the cup. In Traditional Chinese Medicine, the goal is to encourage blood circulation, which also means qi (or vital energy) flowing freely.

Cupping was practiced by many ancient cultures – Eyptians, Arabians, Greeks, Africans and Chinese to name a few. The Chinese, in particular used it as a supplement to acupuncture. Both cupping and acupuncture utilize the Meridian System to identify qi pathways and body organs, although acupuncture uses very thin needles to access the various meridians. As for the other cultures, perhaps they saw cupping as a way to suck diseases out of the body.

Listed below are a variety of cupping sets that are used by professionals as well as home users. It should be noted that cupping is best performed by a certified practitioner. However, knowing the quality of the cups and accessories that the practitioner uses will give you some assurance that you are in good hands.

Cupping has become popular among athletes because it claims to treat common sports injuries like muscle strains and head knocks. In the West, these types of injuries are usually treated with cold therapy. Chinese athletes, on the other hand use cupping as well as other Traditional Chinese Medicine treatments.

We are, after all, in a period where natural and organic are huge buzzwords. Cupping and other TCM practices have often been considered as alternative medicine that is mainly based on organic sources, such as herbs, animal extracts and vital erergy.

Olympic gold medalist, Michael Phelps believes that cupping has helped him recover faster all throughout training and into the actual match. Like many athletes who use cupping sets, the therapy has somehow helped them focus on their goals instead of their injuries. In an environment where competition is intense, intangibles such as this may be an athlete’s ticket to that much desired gold medal. 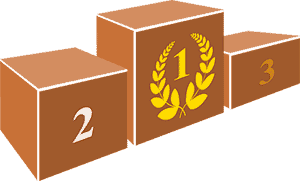 Below is a list of some conditions that cupping claims to treat in some way:

A session typically lasts for an hour. The cost can range from USD 30 up to USD 150, depending on the location and expertise. For instance, the ones being endorsed by celebrities and athletes will charge more per hour than the ones who are located in less popular areas.

There are also rest and relaxation establishments that offer bundled sessions. These are about 12 sessions that are split into say, 2 sessions per week. These packages can cost hundreds of dollars.

The Meridian System: What You Need To Know

What is the Best Cervical Pillow for Neck Pain?

Related Articles
We will be happy to hear your thoughts

5 Of The Best Massage Table Sheets You Can Find