Chakras and Energy Healing: What You Need To Know

Healing and energy healing have always been a primary concern since the first civilizations were formed. These civilizations were near great river systems where access to fresh water made lands fertile. Alongside this period of abundance also came illnesses, epidemics and man-made conflicts. That’s why healers have always been needed in societies of past and present. 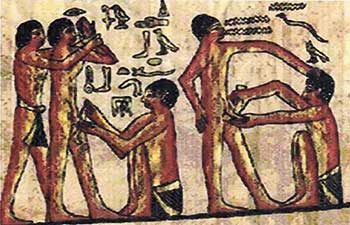 Ancient Sumerians had priests and barbers who served as physicians. There were also shamans who performed healing in addition to prophecies. Ancient Egyptians had priests who performed incantations to cure their patients. Ancient Babylonians had exorcists who carried out some form of mystical ritual to heal the sick. Ancient Greeks and Romans had barbers perform surgeries in times of war. They served as dentists in times of peace. The ancient Chinese used herbs and vital energy as healing sources. The ancient Indians had priests who conducted religious traditions to cure those in poor health.

All throughout our history, there were healers who based their healing on universal life force energy. It is called by many names. The Chinese call it chi, the Japanese – ki, Egyptians – Ka, Hindus – prana, Greeks – Pneuma, Polynesians – mana, Hebrews – Ruach.

This concept of energy is where chakra originated from. The term, chakra came from the liturgical language of the Hindus called Sanskrit. It means wheel when loosely translated to English. It is based on a traditional Hindu belief that our lives are living in the physical and non-physical dimensions. We see our physical bodies as mass while our non-physical bodies are felt as energy. 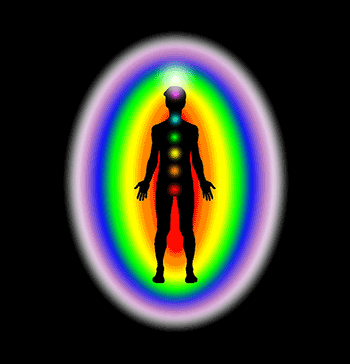 Chakras are energy centers in the body. They are go-to places when the organs or the muscles need to recharge. Energy centers should be well maintained or balanced in order for our bodies to manifest good health. This kind of balancing involves awakening and energizing the chakras through meditation, breathing techniques or the assistance of a teacher. There are seven main chakras which are located along the spine, 21 minor ones and 49 lesser ones.

The chakra system has been adopted by various alternative healing modalities over the years. Here are three of them:

Reiki
Reiki is a Japanese energy healing modality that uses laying on hands to channel healing energy from the practitioner to the client. It is based on the concept of Ki (pronounced, chi), which is the Japanese term for energy. A balanced flow of Ki leads to good health while a restricted flow makes the body susceptible to diseases. Reiki uses the Chakra system extensively to help practitioners know where to position their hands.

Quantum Touch Therapy
Quantum Touch is an energy healing practice developed by Richard Gordon. It uses touch, meditation and breathing techniques to channel energy from the practitioner to the client. QT uses chakras in its breathing techniques in order to amplify the energy being generated by the practitioner. In its Level II program, which is an enhancement to the basic QT teachings, students are taught how to balance the 8th-12th chakras.

Chios Energy Healing
Chios is mainly based on the Chakra system. The healer makes use of an aura that manifests energy in the form of light and color. This technique allows the healer to facilitate healing of the client’s energy field.

Some healers use tools as a requirement or as an enhancement to their practice. For instance, Reiki crystals are utilized by Reiki practitioners to boost their healing energy work. The Reiki Crystal Guide from Reiki Table Reviews gives you an overview as well as a table that outlines chakras and their associated type of crystal. It also provides a chart that lists the most popular Reiki crystals that are available today.

Essential oils are also used by some energy healers to restore balance to the chakras. They do this by rubbing the oil against a particular area of the body that’s linked to the chakra. Head over to our Aromatherapy Oils page and check out the most sought after oils being used by practitioners as well as the general public.

The Meridian System: What You Need To Know