Aromatherapy makes use of plant oils to improve one’s health and wellness. The word aroma is often associated with our sense of smell, but that’s not necessarily the case in aromatherapy. An aromatherapist can immerse the patient in water, facilitate inhalation, perform massage or simply rub the oil on the skin. This type of therapy is commonly used as a compliment to massage therapy, Reiki or other related practices.

Aromatherapy oils are the bread and butter of this practice. There are many kinds of oil used. We will look at some of them as well as some products that you can buy for your own use.

The essential oils outlined below are basic samplers in 10 ml bottles. They are packaged in sets of 6 or more so that you can try out some of the most common blends and pick your favorite from there.

Aromatherapy isn’t backed by scientific evidence when it comes to curing or preventing health conditions. However, it is believed that it aids in improving one’s well-being. Perhaps staying away from over-the-counter painkillers once in a while and getting a massage as well as aromatherapy regularly can bring balance to your life.

Essential oils can be purchased in grocery stores, boutique shops or drugstores. A wider range of choices can also be seen online, such as on Amazon. Please refer to the table above and check out the most preferred aromatherapy oils being sold online.

As the name implies, this type of oil comes from the Eucalyptus tree which is common in the Asia Pacific region. Eucalyptus oil is also found in many products of the popular brand, Vicks. The smell is extremely well-known in many parts of the world, especially in tropical countries.

Eucalyptus is known to treat chronic respiratory diseases, such as cold and asthma. It is also used as a decongestant. 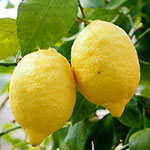 Lemon is so accessible that it has become a popular choice for essential oils. Lemon oil can be used as an air freshener or to help ease digestion. As a Citrus, lemon is a natural immune booster. 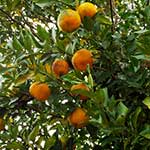 Bergamot is another Citrus-based plant. Citrus bergamia is commonly found in Italy as well as in the Ivory Coast in western Africa. The oil can be used to treat skin infections such as psoriasis and eczema. It can also be used as a stimulant due to its fragrance. 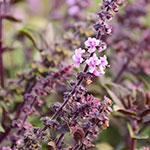 Peppermint is widespread in Europe and in the Middle Eastern countries. Peppermint is considered as an energy booster. The oil is used in lotions and bathing products. 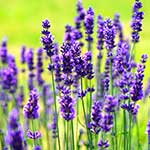 Lavender smells really good and is easily one of the best selling oils in the market today. Lavender oil is used in various applications, such as massage therapy, deodorant and stress reduction practices.

Tea Tree oil came from the plant, Melaleuca alternifolia and is known to boost the immune system and fight infections. The plant is endemic in Australia.

Traditionally, tee tree oil was used by indigenous eastern Australians to treat coughs and colds. They did this by crushing the leaves and inhaling the oil that was produced. The crushed leaves were also used to treat injury by spreading them on wounds. 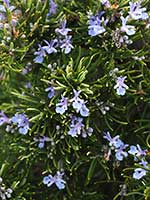 Rosemary oil is considered as a mental stimulant. It improves memory and focus. It can also be used to treat headaches.

Rosemary is native to the Mediterranean region and in some parts of Asia. This herb is known to survive prolonged periods of drought.

Watch this 3-minute video so you have an idea on how to use the aromatherapy oils that you’ve purchase.

Choosing the Best Sheets and Towels for Your Massage Table

Get Started With Hot Stone Therapy